However, the results of ACRO’s 25 years of citizen monitoring of radioactivity in the environment show that this is not the case: discharges from the Orano reprocessing plant in La Hague can be seen all along the Channel coastline and, in the summer of 2021, could still be detected as far as the Danish border. The association therefore urges France to respect its international commitments by significantly reducing its radioactive discharges at sea. It will, for its part, maintain its vigilance.

In its latest contribution to the OSPAR Convention, dated 2019, France acknowledges that the radioelements with the greatest impact are iodine-129 and carbon-14: the dose to the reference group, i.e. local fishermen, would be reduced by 30% if these two radioelements were filtered. The reduction of cobalt-60 discharges would lead to a 4% reduction in the dose of the same reference group. Unfortunately, Orano has not implemented the technologies available in other countries to reduce discharges of these three elements. Iodine and cobalt are among the 62 radioelements filtered by the ALPS station at Fukushima.

As part of its Citizen’s Observatory of Radioactivity in the Environment, ACRO systematically detects iodine-129 in algae all along the Channel coastline at levels that do not decrease with time. It has detected it as far as the Danish border.

Cobalt-60 is regularly detected in algae collected in the Nord-Cotentin region and more episodically in St-Valéry-en-Caux, near the Penly and Paluel nuclear power plants in the Seine Maritime.

ACRO does not have the technical capacity to measure carbon-14, which is also naturally present in the environment, but the radiological report published by IRSN shows that there is a systematic contribution from discharges from nuclear facilities and that levels significantly exceed natural levels in the Channel and the North Sea, as far as the Netherlands. The highest levels are more than twice as high as natural levels.

It is important to note that tritium (radioactive hydrogen) discharges have risen sharply since the Sintra declaration. Orano’s La Hague plant has the highest discharges in the world, according to the Japanese government’s assessment: the plant discharges every 30 days what Japan is about to discharge in 30 years in Fukushima!

ACRO also monitors tritium in seawater. In the Nord-Cotentin region, the levels are more than 100 times higher than the natural background.

Ambient levels in the marine environment are not close to zero for artificial radioactive substances (iodine-129 and cobalt-60), nor close to background levels for tritium and carbon-14. The excuse of the need for more research and development to reduce radioactive discharges at sea, put forward in the French contribution to OSPAR, is not acceptable. With the exception of tritium, technologies are available and used in other countries. They must be used in France. 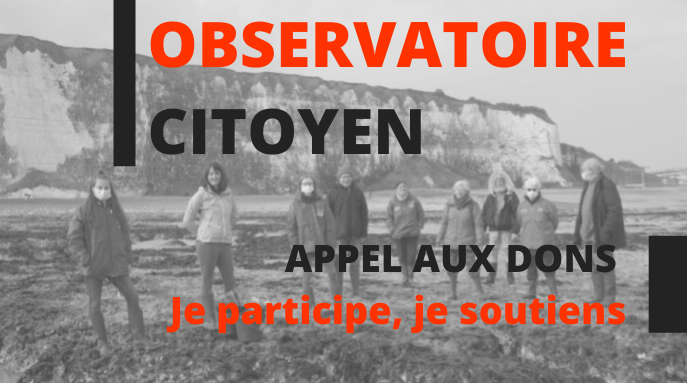