ACRO has analyzed urine of children living in Fukushima-city located at about 60 km of the Fukushima NPP. There is no ambiguity on the results: all samples are tainted by cesium 134 and cesium 137 at concentrations ranging from 0.4 to 1.3 becquerels per litre.

This means that these children between 6 and 16 years old are all contaminated by cesium 134 and cesium 137. There were also probably contaminated by iodine 131 that disappears quickly and cannot be detected now.

The results of the measurement of the internal contamination should then be taken into account in the evaluation of the dose absorbed by the population.

This reinforces our opinion that the evacuation threshold fixed by the Japanese authorities is too high. Many NGO’s, including ACRO, have criticized this limit that is fixed at 20 millisieverts for the first year. It is 2 times larger that limit fixed by the French authorities in case of an accident and 20 times larger than the usual maximum permissible dose for the public. 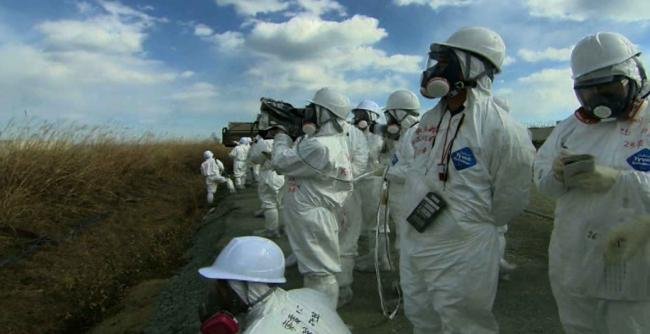 Langues / English / The children of Fukushima are contaminated