Donate for ACRO or Japan:

After the nuclear disaster of Fukushima, ACRO has extended its Citizen Watch of Radioactivity in the Environment to Japan.
We also received samples from South Korea.

ACRO also checked various part of the wallpaper to see if a given pigment could explain such a level of radioactivity. It appears that the contamination is quite uniform.
Such levels of radioactivity are anomalously high. They are higher than the exemption levels fixed by the Euratom 96/29 directive. If the concentration of thorium 232 is larger than 1,000 Bq/kg, the product should be considered as a radioactive matter. The threshold is the same for the uranium 238.
In Europe, the production of such a product should be considered as a nuclear activity that requires authorizations and strict rules for the workers and the waste.
The French law forbids the introduction of radioelements into goods expected if it is authorized after justification. The use of this wallpaper leads to an irradiation of the inhabitants that is small but continuous and not justified.

As a consequence this wallpaper should be withdrawn from the market and considered as a radioactive waste.

This wallpaper was made by Daedong Wallpaper ( http://www.ddwp.co.kr/ ) that bankrupted in July 2011. The factory is located in Gimhae and is very probably also contaminated. It is call 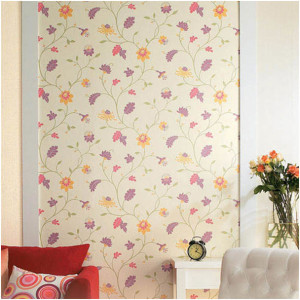 Donate for ACRO or Japan: